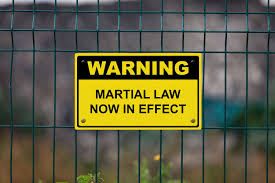 Remember when the only social isolation we needed to worry about was having a crappy blue passport that doesn’t allow you to live or work in other European countries? Ah those were the days. But Brexit hasn’t gone away. In news you may have missed – what with the toilet paper apocalypse and the supermarket running out of lettuce because eejits are panic buying vegetables with a shelf life of a couple of days – the British government has announced that it’s not going to delay Brexit despite the talks on the trade deal between the UK and the EU being cancelled due to the health crisis. Because sunlit uplands, 50p coins, and Big Ben bongs. By the way, I’ve never found any of those 50p Brexit coins in my change. It seems that they’re exactly like the benefits of Brexit. We were told that there was going to be…